Introduction to UNIX/Linux Fundamentals with Shell Scripting is a comprehensive, hands on course that provides training on standard UNIX/Linux commands and utilities used for day to day tasks including file manipulation, program execution and control, and effective use of the shell and desktop environments. The course presents the concepts necessary to understand the way UNIX works as well as the system's most commonly used commands. Data manipulation utilities and shell syntax for synthesizing command pipelines are emphasized.

Bourne shell, Bash shell and Korn shell programming techniques are introduced so students will be able to read and modify existing shell scripts as well as create their own. Desktop environments are also introduced from a user's perspective, including common window managers, Open Office utilities and an introduction to configuration tools. Comprehensive hands on exercises are integrated throughout to reinforce learning and develop real competency.

Our engaging instructors and mentors are highly experienced practitioners who bring years of current "on-the-job" experience into every classroom. Working in a hands-on learning environment, guided by our expert team, attendees will explore

This is an introductory-level course, designed for users who wish to work with Linux and Shell to perform day to day tasks including file manipulation, program execution and control, and effective use of the shell and desktop environments.  Incoming attendees should be technically oriented and comfortable using a system command line.

Please note that this list of topics is based on our standard course offering, evolved from typical industry uses and trends. We’ll work with you to tune this course and level of coverage to target the skills you need most. Topics, agenda and labs are subject to change, and may adjust during live delivery based on audience needs and skill-level.

Each student will receive a Student Guide with course notes, code samples, software tutorials, diagrams and related reference materials and links (as applicable). Our courses also include step by step hands-on lab instructions and and solutions, clearly illustrated for users to complete hands-on work in class, and to revisit to review or refresh skills at any time. Students will also receive the project files (or code, if applicable) and solutions required for the hands-on work.

Below are a few of the popular Related Courses we offer in this space. Please see the complete Course Catalog for additional options and titles.

We regulary offer discounts for individuals, groups and corporate teams. Contact us 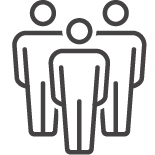 Check out custom training solutions planned around your unique needs and skills.

Exclusive materials, ongoing support and a free live course refresh with every class. 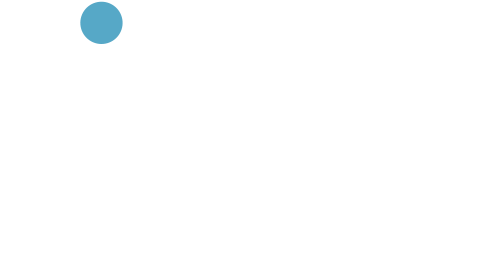 Year-End Savings!
Register today to receive *50% off all 2021 Public Classes*!  Check out our Current Offers for Individuals, Teams and Organizations to Learn for Less!

See our latest Offers and Promotions

Extend your training investment! Recorded sessions, free re-sits and after course support included with Every Course

Gain the skills you need with less time in the classroom with our short course, live-online hands-on events

Training on us! Keep your skills current with free live events, courses & webinars

The voices of our customers speak volumes

A very good balance of teaching time to lab time. I've done other courses that I found to be much lighter on content and heavy on labs to waste time. This was a refreshing change of pace.
Adam G
Both the instructor and the course material were very thorough - the course material has many helpful references - the labs were well laid out, making it easy to learn from and get done on time
Steve C.
Excellent training. Even though it was online, I did not have any issues understanding or getting the answers for the questions I had. The lab exercises are interesting to apply what was learnt. Overall very good training. Thank you!
Anitha
Instructor was beyond phenomenal. He had an in depth knowledge of the course material and always ensured that everyone understood what was being discussed. I really enjoyed the mix of theory and practical examples of each part of the course.
Cillian M
First time in my life I have attended remote class and I find it great. Personally I don't feel there is any area which require improvement!
Rishi M
Best programming class I've ever been in, head and shoulders above any thing I took in college as part of a computer science degree. The instructor was thorough and very detailed, he was very good abut explaining all possible scenarios a situation would apply to. The way the albs were structured and the class was conducted was very good for interaction and hand on learning.
Danish J
Great job overall. Great communicator and explained complex concepts in a simple, easier to understand format.
Jeremy G
Excellent detail about the Spring framework which directly relates to my role as a senior engineer. I found the content and style to be very enjoyable, and would encourage me to ask questions where previously I might not have paid much attention, eg. pom version numbers / spring starters being imported. The focus on the different styles of unit testing was also excellent and I would plan to incorporate in day to day work.
Edward K
The instructor was clearly knowledgeable about Java and programming in general. He was very attentive to every student's individual needs and constantly encouraged questions, concerns, student issues to be raised and addressed each one thoroughly.
Mark M